When compared against soybean meal, canola meal not only holds its own but often produces measurable advantages in feed efficiency and milk production.

In a recent study conducted by Kenneth Kalscheur at the U.S. Dairy Forage Research Center in Madison, Wisconsin, cows fed rations containing canola meal got off to a better start.

For the first 16 weeks of lactation, cows were given diets based on either canola meal or soybean meal. The study also tested two levels of protein. 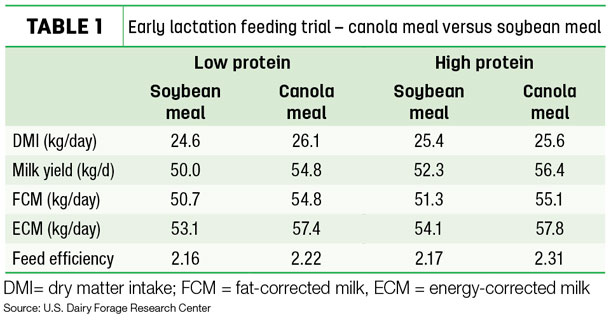 2. Ideal amino acids. The amino acid profile of canola meal is superior to most other plant proteins, including soybean meal, so there’s no need to over-supply metabolizable protein. That makes canola meal a good value. 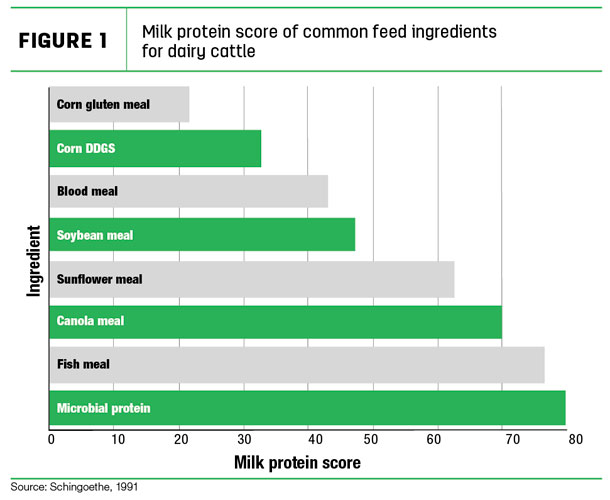 Of all types of plant-based meals, the amino acid profile of canola meal is by far the closest to that of microbial protein. 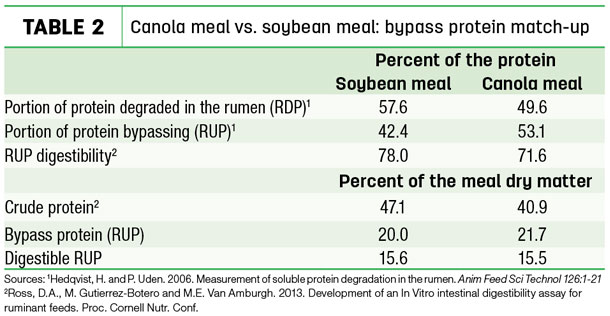 While it may not beat all other protein sources in crude protein levels, a high portion of canola meal’s protein makes it through the cow’s rumen.

That makes more protein available to the cow for milk production, resulting in less protein wasted in the manure pile.

4. Complements DDGS proteins. Dried distillers grains with solubles (DDGS) can be used to provide protein in a ration, but the feedstuff has a poor amino acid profile. So when using DDGS in a ration, additional metabolizable protein needs to be supplied. 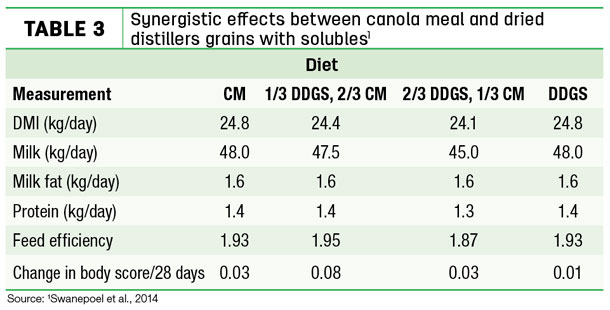 5. Good source of phosphorus. Because phosphorus is a very expensive mineral, the fact canola meal is a better source of it than most vegetable proteins (Table 4) means less additional phosphorus is required in the mineral mix. That adds to the overall value canola meal delivers. 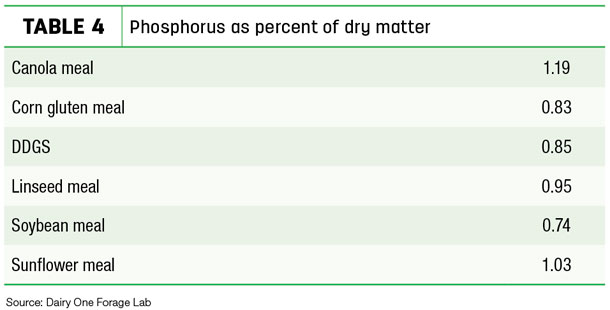 6. For all cows. Canola meal can be used to feed dry or lactating cows, as well as growing heifers, so you don’t need to save it for the milking herd.