Dave Natzke
February 2022 milk production was lower than a year earlier, but an eight-month decline in cow numbers has come to a halt, bolstered by higher milk prices.
Dave Natzke

Compared to a year earlier (Table 1), February 2022 cow numbers were reported higher in six states and lower in 16 states; Idaho and Oregon were unchanged. 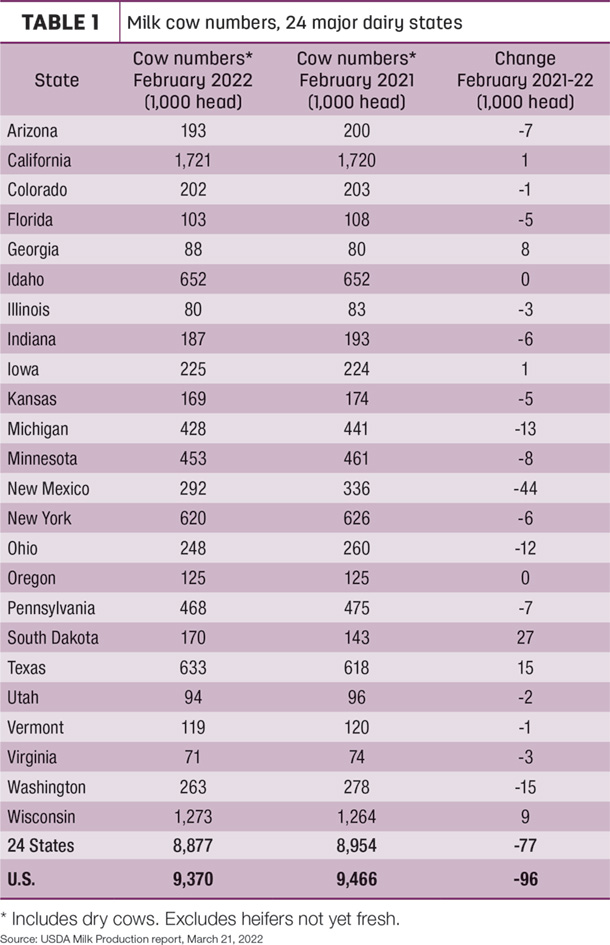 Compared to a month earlier, Texas cow numbers increased by 5,000 head. New Mexico and Minnesota cow numbers were each down 3,000 head.

Contributing to the short-term growth in cow numbers, cull cow slaughter continues at a slower pace to start the new year. Through March 5, weekly slaughter in federally inspected plants totaled 636,800 head, about 23,400 head fewer than the same period a year earlier.

U.S. monthly milk production per cow was virtually unchanged from year-ago levels, up just 1 pound from February 2021. Among the 24 major dairy states, output per cow was up just 3 pounds (Table 2). 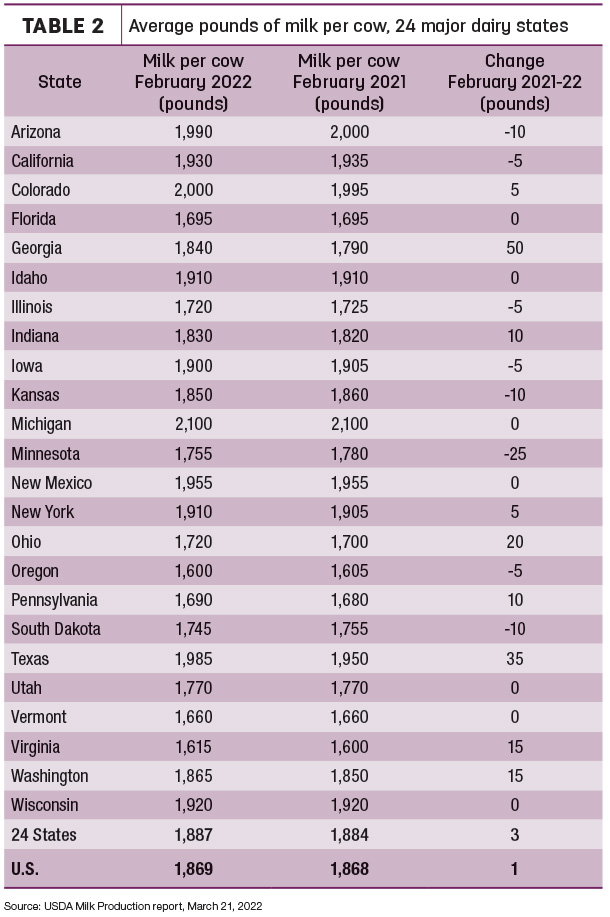 Year-over-year milk per cow increased in just nine states, led by Georgia, up 50 pounds per cow for the month. Declines occurred in eight states, led by Minnesota’s 25-pound drop. Michigan maintained its lead over Colorado in milk output per cow.