Reviewing the USDA preliminary estimates for January 2022 compared to January 2021:

In addition to lower estimates for January 2022, the USDA revised preliminary December 2021 numbers downward. At 18.79 billion pounds, U.S. milk production was reduced another 35 million pounds (0.2%), bringing December 2021 production down 0.8% from the same month a year earlier. 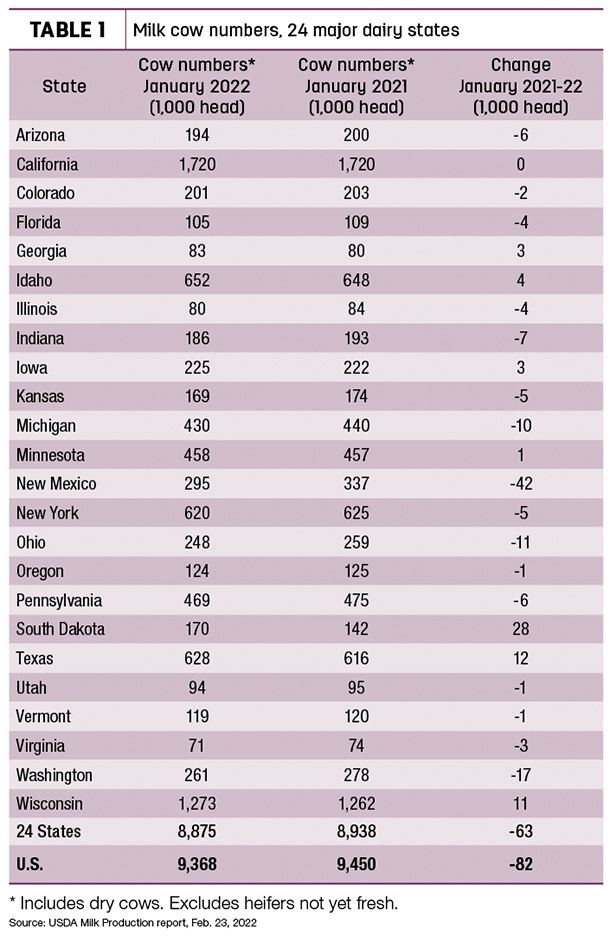 Compared to a year earlier (Table 1), January 2022 cow numbers were reported higher in seven states and lower in 16 states; California was unchanged. For a third consecutive month, it was South Dakota atop the growth tables, up 28,000 head from January 2021 although unchanged from December 2021. Texas and Wisconsin cow numbers were up 12,000 and 11,000 head, respectively, from a year earlier.

Cull cow slaughter has slowed to start the new year. Through Feb. 5, weekly slaughter in federally inspected plants totaled 366,900 head, about 25,000 head fewer than the same period a year earlier. 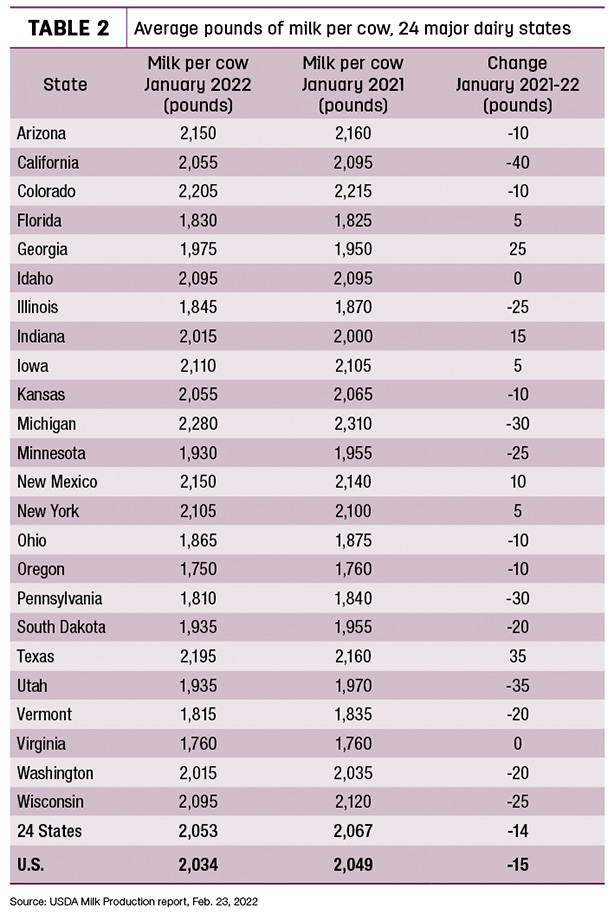 U.S. monthly milk production per cow fell below year-ago levels in January 2022, down 15 pounds. Among the 24 major dairy states, output per cow was down 14 pounds (Table 2).

Year-over-year milk per cow increased in just seven states, led by Texas, up a modest 35 pounds per cow for the month. Declines of about 1 pound per day were reported for California, Utah, Pennsylvania and Michigan. Despite the decline, Michigan maintained its lead over Colorado in milk output per cow.

South Dakota led all states in year-over-year milk volume growth in terms of both volume and percentage, up 51 million pounds (18.3%). Texas production was up 47 million pounds (3.5%).