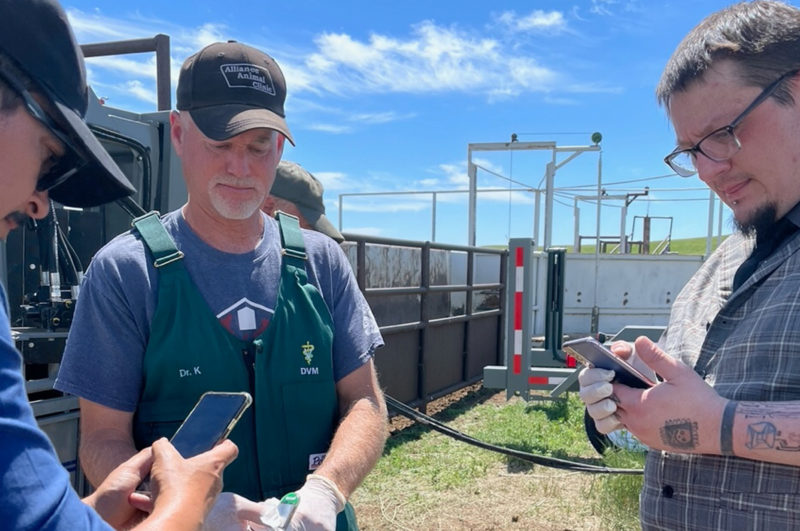 Producers enter the implantable sensor into blockchain before it is surgically implanted into the steer's neck. Photo provided by Jaclyn Wilson.

Blockchain: Technology leading us to the future

Blockchain technology is advancing the beef industry by adding traceability for consumers and allowing producers to receive premiums for their efforts in producing quality meat.

The agriculture industry is directly derived from what consumers want. And in today’s world, consumers want traceability. New technologies are constantly advancing the food system, one of these being blockchain technology.

Abigail George is a freelance writer based in Wisconsin and a former editorial intern for Progres...

“Blockchain technology is nothing more than a new type of database,” says Steve Lupien, director of the University of Wyoming Center for Blockchain and Digital Innovation. “But it's a database that does some very unique and special things that have never been able to be done in the computing world.”

This database is unique because multiple people can see the information at the same time and trust it's valid.

“It is a platform that can capture data points from multiple sources,” says Mike John, MFA Incorporated director of health track operations. “Once the data is assigned to the blockchain, as information is collected or transferred, it cannot be changed.”

Once information is written to a blockchain, it can never be deleted – it can only be appended. Now you've got a single source of truth over time of a series of events.

Certain types of cattle commanded more of a price, like grass-fed or organic. Producers using blockchain can track the life of the animals they raise, and consumers can know for certain they are getting what they are paying for, Lupien says.

Historically, producing cattle was a very paperwork-intensive process if you wanted to apply for government programs, Lupien says. Now you can automate all the recordkeeping by using either your cellphone or some very simple RFID readers to lift the burden from producers.

While blockchain technology is so much more than just traceability, traceability is one of the biggest benefits for using the technology. It's about productivity and having undeniable proof of how you're operating your business, Lupien says.

“Sometimes we need to have more proof than just our word of mouth,” says Jaclyn Wilson, Nebraska cattle producer. “And so, [blockchain] is just giving us a whole level of a kind of security.”

The main reason it got Wilson’s interest is because, like most producers, they have collected cattle data for years. But when they got to the direct-beef-to-consumer business about three years ago, it was a way it prove it to the consumers, Wilson says.

Consumers trust producers when it comes to consuming their meat products. Traceability is becoming more important to consumers, and they are willing to pay for it.

“I think we love to know the story behind everything we purchase with our hard-earned money,” Mitchell says. “And I personally am willing to pay a little bit more to know where something was produced.” 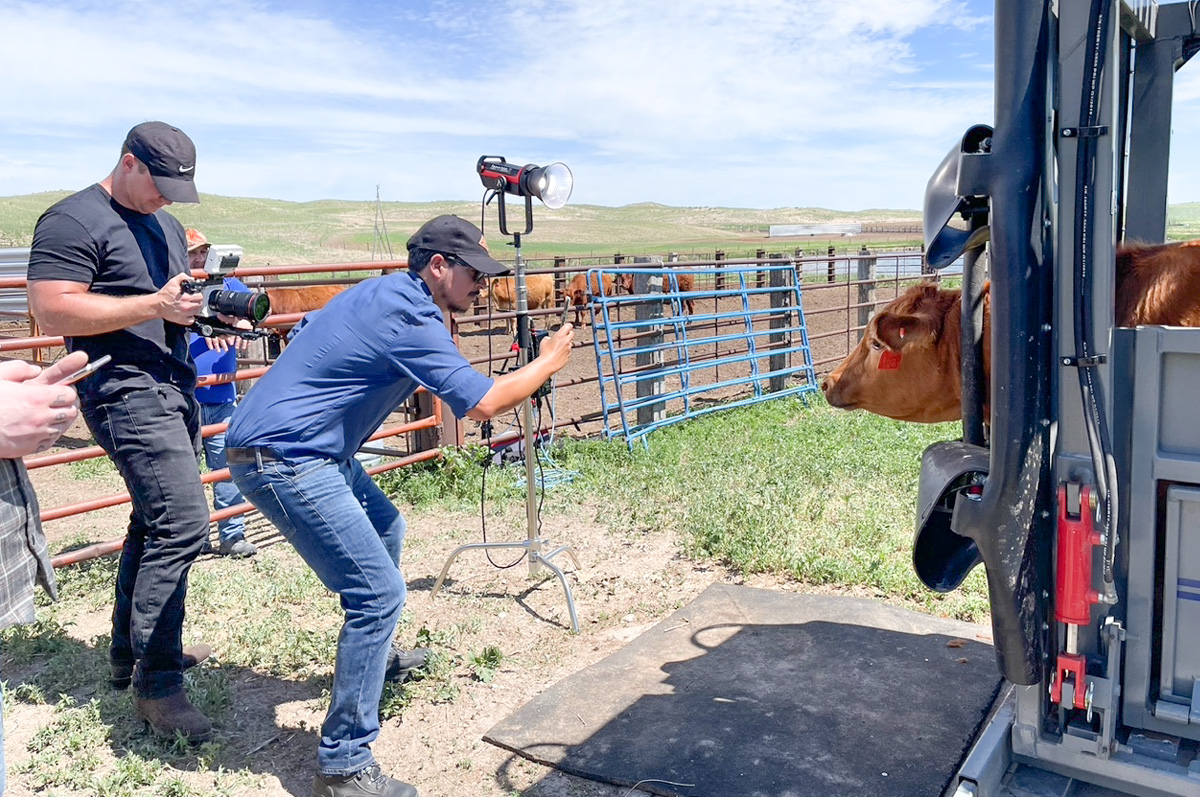 Producers take a scan of the steer’s head for biometrics and enter it into the blockchain. Photo provided by Jaclyn Wilson.

Walmart now tracks every lease agreement on a blockchain system, Lupien says. It provides more safety and security for the consumer.

With adoption of new technology comes opportunities for producers to receive a premium on their cattle.

While technology in the beef industry takes time to be adapted, more producers, retailers and consumers are becoming more interested in it every day, Mitchell says.

“We have recognized blockchain technology is becoming, in my opinion, the next big paradigm shift within the beef industry,” Mitchell says. “We see that this has the potential not only to create value to our cow-calf producers but create added value for the retailer, the packer, the feedyard, all the way down to the backgrounder."

Leading advances and adoption of blockchain technology is the state of Wyoming. Traditionally, Wyoming is either a ranching or an extraction state, Lupien says.

“If you're not ranching, and you're mining, either coal, oil, gas or some other minerals,” Lupien says.

Coal and other mined materials are not renewable resources, and as they disappear, so does the state’s economy. Looking into the future, Wyoming’s legislature knew they needed to make a change.

When the opportunity rose to become an early adopter of blockchain technologies, Wyoming’s beef chain jumped on it and became a leader in the technology advances.

“It takes time for this stuff [and] that to happen and develop,” Lupien says. “We are still looking at legislation that is necessary to keep our lead. But so far, we are gaining those companies, jobs and technologies here in Wyoming. We hope to become the Silicon Valley of digital assets in the future.”

“We want to bring technology companies to Wyoming because we don't want our graduates from the University of Wyoming leaving the state,” Lupien says. “We want to create a robust economy here in Wyoming that keeps our graduates here in the state.”

The University of Wyoming opened its Center for Blockchain and Digital Innovation in 2020. Students in any academic program, not just agriculture-related, are able to access the resources available in the center. The university is also the first to offer a degree program in blockchain technology. Any student, in any program, who is interested can receive a blockchain technology minor.

“We are moving toward digital workforce, and digital literacy and blockchain literacy are going to be important for students in a whole bunch of disciplines,” Lupien says. “By having the center be interdisciplinary, we can work with faculty, students and administrators across the campus and develop programs that are meaningful to each of them.”

Producing cattle today is not the same as it was 100 years ago.

“I've found that here in Wyoming, people have been very, very accepting of technology and how technology can improve their business,” Lupien says. “Ranchers are very sophisticated business people. They recognize when technology can help their businesses. The ability to deploy technology effectively is almost a prerequisite now for being a profitable and effective rancher.”

“Blockchain is something that will create a lot of avenues for not only transparency and traceability but a communication network,” Mitchell says. “It is safe, reliable and easy to run, and we feel that this is really a technology that is going to be able to connect the fragmented supply chain within our industry.”