State of the Dairy 2019: Midwest: Moving toward equilibrium?

A recent newsletter from theFederal Reservedistrict of Chicago, summarizing survey responses from commercial ag bankers in Illinois, Indiana, Iowa, Michigan and Wisconsin, said the region’s dairy sector was under the most stress of any in agriculture. Nonetheless, like spring, some optimism is emerging.

With eroding working capital and equity, Midwest producers are continuing to look for ideas to adapt to the lower-margin environment, according to Compeer Financial’s Tim Baumgartner, the team leader of dairy lending; and Jim Moriarty, director of dairy.

“Some producers have been very proactive in trying to increase their margins, lowering their costs or both, allowing them to function with the current prices,” Moriarty said. “However, on the flip side, there is a segment of producers who are really struggling and questioning whether or not to stay in the industry long term.”

Midwest dairy producers share many of the same challenges as their counterparts in other parts of the country. Truck driver shortages are adding to costs to transport milk, feed and other supplies.

“Finding good labor continues to be a struggle,” Baumgartner said. “With the general economy doing well, and unemployment rates being low, there is a lot of competition from the manufacturing side.”

That, in turn, is leading to more interest in robots. “We have continued to see interest in robotic milking systems in our trade area – box robots are more common for smaller to mid-size operations, compared to the robotic rotary parlors, going into 1,000-plus-cow-sized dairy operations,” Moriarty said.

With an oversupply of replacements, heifer inventory alignment is underway, as producers target numbers matching their actual needs, Baumgartner said.

Production per cow is being enhanced by more attention to comfort and care, use of higher genetics and improved reproductive management, and producers are recovering production that dropped when they went off recombinant bovine somatotropin in 2017.

Dairy producers in the area generally enjoyed good crop yields in 2018, reducing the need to purchase additional feed. But a wet harvest season created some issues with corn silage quality.

In terms of risk management, more producers are looking at the Dairy Revenue Protection (Dairy-RP) program and looking forward to the Dairy Margin Coverage program approved in the 2018 Farm Bill.

Probably most encouraging is: More processing capacity has come online, and more is coming – both within the region and in outlying areas.

“The expansions in South Dakota and Michigan will help Wisconsin, Minnesota and Illinois by keeping or pulling milk to those plants and freeing up capacity in Wisconsin and Minnesota,” Baumgartner said.

That also means more competition for milk. “We have seen improvement in producers who have seen competition from milk plants – some producers have had the ability to switch to a different processor to improve basis or possibly lowering freight costs by shipping to a plant closer to their farm,” Moriarty said.

“Looking at our members’ income statement trends covering the past four years, it is clear all of the ‘low-hanging fruit’ of expense cutting has been done,” Anderson said. “We are at a point where further cuts to variable expenses may adversely impact income and overall profitability. Farmers are now focusing on increasing revenue with incremental spending increases in areas of the operation that will result in a positive cash-flow margin.”

Beyond the financials, Spitzley and Anderson said dairy farms nestled among the Great Lakes face ongoing environmental protection and regulation pressures. And competition for workers and failure to address immigration reform has led to labor shortages, with many farms having high employee turnover and open positions. That’s driven up labor expense at a time of reduced profit margins.

“As a result, we are seeing more interest and implementation of automatic milking systems and other mechanization,” Anderson said. “Mechanization will only continue to increase in the future as a way to manage this variable expense.”

Despite all those concerns, Spitzley and Anderson see some positives – from an improving price outlook to increasing processing capacity – moving into 2019.

“Our farmers seem to be a bit more optimistic going into 2019 versus 2018,” Anderson said. “It’s important to acknowledge that while many farmers are making tough decisions to exit the dairy industry, others remain optimistic and have put plans in place that will sustain them into the future.”

Slowing growth in global milk production and a slight improvement in milk prices is helping that outlook.

“Class IV prices are starting to increase, which helps our Michigan farmers in terms of reversing the producer price differential (PPD) to a positive position,” Spitzley said.

“An 80-cent-per-hundredweight increase in 2019 over 2018 will make a big difference for many of our farmers,” Anderson said. The Dairy-RP program is a “significant win” and an affordable way for farmers to protect revenue margins in a volatile commodity market environment, he added.

Large- and small-scale investment is building processing capacity, with over $900 million committed to regional milk processing in the past two years.

“The investment in processing capacity in Michigan, Indiana and Wisconsin signal a long-term future for the dairy industry in these states,” Spitzley said.

For now, any producers looking for financing to expand must include written confirmation from processors that there will be a home for their milk, particularly with those marketing with cooperatives using a base-excess program, Spitzley said.

“Producers in Michigan continue to be industry leaders in cow productivity and quality of milk produced, and we don’t see that changing,” Spitzley said. “Our producers continue to be innovative and creative in making the most of the resources they have available to them.” 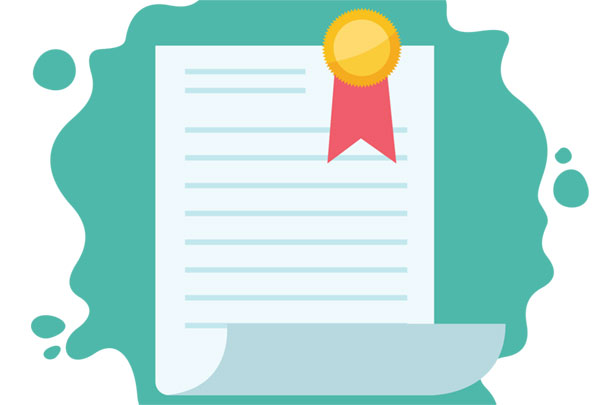 Doug Leman, executive director of the Indiana Dairy Producers Association (IDPA), said declining profitability and equity erosion have hurt the overall mood among his members. He estimates more than 10 percent of the state’s dairy farms closed in 2018. Along with fewer herds, cow numbers are starting to decline, too. As a result, Leman said he’s hearing milk supplies are starting to tighten – which ultimately will help turn the market.

While discouraged, IDPA members are optimistic dairy provisions in the 2018 Farm Bill will provide some financial support and are hopeful trade issues can be resolved to improve the potential for dairy exports, Leman said. Labor availability remains a frustration and a focus of IDPA’s efforts to influence federal policy.

“Some producers continually amaze me with how upbeat they are, (but) many are wondering what to do and asking when things are going to change. I believe we are all looking for those answers – but we do not have them,” he said.

Beyond the Great Lakes

“As we enter 2019, concerns remain regarding prices and profitability, especially for the first half of the year,” said Vicki Merdian. Adding to the uncertainty are trade disputes that restrict exports and labor shortages, she said.

In the tight margin environment, dairies are limiting capital projects and taking steps to reduce the number of extra heifers. That includes increased use of beef semen in the lower tier of the herd, attempting to gain a more lucrative and stable revenue stream from the sale of dairy-beef crossbreds rather than selling Holstein steers, said FCS America’s Matt Rychnovsky.

A combination of declining milk production east of the Mississippi River and increased investment in processing is helping move milk supply and processing capacity into equilibrium, said Mike Reecy. That’s motivating some dairy expansion – in terms of new dairies and expanding herds to optimize existing facilities – along the I-29 corridor in South Dakota and portions of Iowa.

“Milk production continues to be strong along with the level of components being produced. Feed quality has been excellent within the region, and producers are honing in on generating more components in an effort to receive the greatest return for their milk,” Merdian said.

Also in Nebraska, Kimberly Clark, dairy extension educator, said the concerns of 2018 have carried over into 2019. Additional dairies are expected to close, and any looking to expand or make capital investments in robots have mostly put those plans on hold. An improving outlook for milk prices is lending a glimmer of optimism – if farmers can make ends meet until prices increase to profitable levels.

“We have seen more dairy farmers at educational workshops to network with fellow dairy producers,” Clark said. “Farmers want to know they aren’t alone in the struggle during these times.”

With more than 50 percent of milk produced in Nebraska leaving the state for processing, there’s a readily available milk supply looking to stay home.

“We are hopeful our current processors will increase their current processing levels – some have not been operating at capacity,” Clark said. “With processors – both in and outside of Nebraska – not accepting new contracts for milk, it is difficult for any new dairies to come into Nebraska without a home for their milk.

“We are fortunate in Nebraska to have a large number of irrigated crop acres,” Clark said. “Even during times of low moisture and rainfall, we can produce high-quality feedstuffs for the dairy, and many dairy farmers do grow their own feeds for the dairy. These high-quality feeds contribute to nutrition management for the cows and good production per cow. This is something we can continue to hold onto even during low milk prices.”