State of the Dairy 2019: Southwest: Where the giants roam

Dave Natzke
The two dairy behemoths on the opposite ends of the Southwest – Texas and California – have been on somewhat divergent paths over the past couple of years.
Dave Natzke

Entering 2019, however, producers in both states share some common economic concerns.

Texas: Opportunities and challenges are ahead

Texas milk production continues to grow and shift to the state’s Panhandle, which has a climate more conducive for dairying, noted Darren Turley, executive of the Texas Association of Dairymen. Mild weather in 2018 contributed to the increase in milk yield, along with producer adoption of best management practices and technology.

While mild weather helped milk production in 2018, some areas face forage shortages going into 2019, increasing the likelihood of higher production costs. The USDA’s latest hay stocks indicated on-farm hay inventories as of Dec. 1, 2018, were down by a whopping 2.05 million tons compared to a year earlier.

“Texas producers are feeling the low milk prices and are concerned about the outlook for 2019 that milk prices will not increase enough,” Turley said. “We are seeing a few farm sales, but we have new facilities proposed. We expect only a small decline in our farm numbers.”

Processing capacity has kept up with and facilitated milk production growth. A Select Milk Producers plant is coming online this spring, which will give some relief to the already tight processing capacity during the flush production season and throughout the upcoming year.

“Texas has increased its plant capacity and added new plants in the past few years, and it has paid off for producers through this fast growth phase of milk production,” Turley said.

“However, (the Select plant) will conclude our expansion efforts and begin to close the lid on our open-ended increase in milk production,” he said. “It will not take long for future milk production to be a burden on processing capacity.

“It now is time for some very hard economic decisions about putting equity into other new plants that produce more of the lowest-priced dairy product, export milk powders,” Turley continued. “If the current growth trends – that made Texas the nation’s fifth-largest dairy state – continue, we will need another plant as soon as it could be built.”

Labor concerns are a very real issue. The state’s oil and natural gas production boom, centered just south of the Panhandle’s milk production and farming areas, have made both labor and truck drivers scarce. On the federal level, the ongoing discussion of a border wall does not help Texas producers with their ongoing labor needs, Turley said.

“Labor is hard to find, and the cost of that labor continues to increase,” Turley said. “The shortage in the labor supply has led to the first robotic barns being built in the state this year, and everyone is watching to see how they will be built and managed.”

In California, the multi-year transition from a state milk marketing order to the Federal Milk Marketing Order (FMMO) system was completed in November 2018.

“The general consensus is: There is more money in producer pockets under the FMMO compared to the state order, at least for those who are members of cooperatives,” said Geoff Vanden Heuvel, director of regulatory and economic affairs with the California Milk Producers Council. “Producers are still learning the system, paying closer attention to milk statements.”

Not all producers have benefited, including those who sell milk to plants who did not pool milk on the FMMO, he said. For others, anticipation of even higher prices through the FMMO fell short of expectations.

“Last year, all eyes were on the upcoming implementation of the California Federal Milk Marketing Order and its hope for higher prices,” said Annie AcMoody, economist with Western United Dairymen. “But now that implementation is behind us and the gains were not substantial enough to cover production costs, there are few bright spots on the pricing side for producers to focus on.”

One aspect of the transition to a FMMO – the retention of a state-administered milk market pool quota system – has garnered new attention. The history of that program is too long and complex to explain in detail here.

Producers owning quota are paid $1.70 per hundredweight (cwt), minus a regional quota adjuster, representing substantial equity for some. To fund that program, a 38-cent-per-cwt assessment is applied to all Grade A milk produced and marketed in California, regardless of whether or not it is pooled. That assessment is more easily recognizable with the new transparency in milk check deductions under the FMMO.

A petition to eliminate the QIP has been circulated, and the process is still under review. There’s the potential the QIP could go to a producer referendum and be phased out or face outright elimination. With its value as an asset to those who hold it, and a visible cost in a tight margin situation to those who don’t, it will remain a topic of concern for many in 2019. 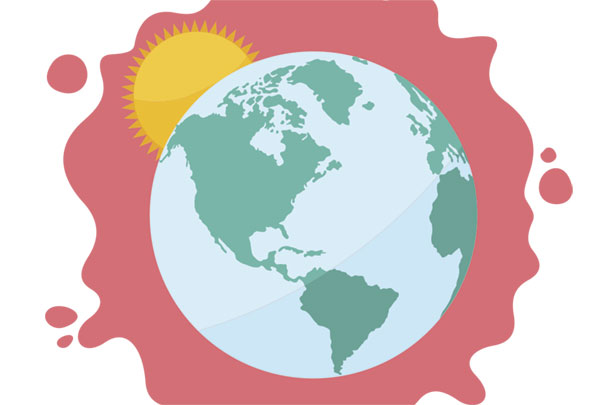 Outside of that, California dairy farmers are affected by many of the same issues fellow producers face elsewhere, although the challenges are enhanced by the state’s aggressive regulatory tradition.

With increased attention to the border between Mexico and the U.S., the flow of immigrant labor has been locked down, and it’s difficult to find anyone willing to put in the hours needed for day-to-day dairy operations. A phase-in of new farm labor overtime pay requirements for dairies with more than 25 employees began on Jan. 1, 2019. That means labor is not only hard to find, but it’s costing more.

For now, producers are paying those costs while looking at options. Due to the size of dairy operations, adoption of labor-replacing technology will require major capital investment.

“Everyone is adapting as best they can; there isn’t a one size that fits all,” Vanden Heuvel said. “It takes capital for robots, but you still need people to run them. It may become part of the answer, but we aren’t there yet.”

Environmental pressures continue to weigh on California dairy producers, according to Paul Sousa, WUD environmental services manager. For those in the Central Valley, there’s growing attention on groundwater regulations. New rules could place significant restrictions on groundwater pumping. Short-term, early season snowpack levels in the Sierras and beneficial rainfall have raised moisture levels to the best they’ve been in years.

In other areas of the environment, the dairy industry’s collaborative work with regulators has helped.

“The dairy industry has been proactive in engaging with regulators, and those investments in people, research and effort have paid off,” Vanden Heuvel said. “We still have tough regulations, but they aren’t shutting us down.”

Dealing with dairy manure has created challenges and opportunities. To meet California greenhouse gas emission goals, the state has doubled down on investments in methane digester projects. With continued grant funding, California could have 100 to 120 digesters operating within the next five years.

An extension of that is investment in projects that create renewable natural gas (RNG) to fuel trucks and buses. At least five pilot projects, involving multiple digesters, are expected to be completed by the end of the year. In early 2019, Calgren’s Dairy Fuels, a dairy manure digester facility in Pixley, California, began injecting biogas into the Southern California Gas Company (SoCalGas) pipeline. The facility collects biogas from a cluster of 12 dairies in Tulare County and is expected to add another nine dairies in 2019.

“There’s been an enormous investment by the state and dairy industry in digesters and other manure energy projects,” Vanden Heuvel said. “Some of those projects should generate some nice income for dairy farmers. Solar is very widespread on larger dairies, and that’s a net positive.”

With its location, productivity and product mix, California producers and processors are a major dairy exporter. As such, the state has been keenly affected by trade wars and retaliatory tariffs. While the federal government has stepped in to provide blanket funds to offset some of the negative impact on prices, many in California say they believe the payments have not gone to those most directly impacted.

After a lengthy year-over-year downturn, California’s milk production has stabilized. With labor and environmental regulations keeping a lid on herd size and number, much of the gain has come from increased milk yield per cow.

There’s not a lot of extra processing capacity in California, but the capacity that is available is in butter-powder processing, and prices for those products have been stronger than cheese prices. And a California Dairies Inc. (CDI) plant closed in March 2018 will be reopened, adding 2 million to 3 million pounds of milk processing capacity daily.

“There’s general concern among producers, the banking community, by suppliers, grain and hay companies; everybody is very concerned,” he said. “The group of producers who are left are the survivors; they have seen a lot of adversity the last 10 to 15 years.”

Looking to 2019, AcMoody said changes to the federal dairy safety net, the new Dairy Margin Coverage program, will allow producers to cover a higher margin ($9.50 per cwt) on up to 5 million pounds of milk. However, due to herd size, that only covers about 15 percent of an average California dairy’s annual milk production.

“Many producers have a plentiful supply of freshening heifers,” he said, and some herds are increasing cow numbers and milk production to offset low milk prices. A fairly mild winter has brought little snowfall, and there’s been little moisture since October. The wheat crop, which got off to a great start last fall, is in need of rain.

Located in the high plains of eastern New Mexico, Southwest Cheese has reached maximum capacity after the most recent expansion and is taking in about 14 million pounds of milk per day, producing about 1.2 to 1.4 million pounds of cheese daily. The Greater Southwest Agency has started using a newly designed receiving yard meant to improve the logistics of unloading roughly 280 tanker loads daily.