During the last three weeks of gestation, the protein and energy needs of the cow increase as the result of development of the fetus and udder and colostrum synthesis. Concomitantly, intake drops by nearly 30%, predisposing cows to metabolic problems and infections. One nutrient deficiency during this period with the widest range of deleterious effects on cow productivity and well-being is hypocalcemia. Low blood calcium can result in a higher risk of dystocia, uterine prolapses, retained membranes, mastitis, displaced abomasum, overall reduced immune status and even death.

Recent advances in hydroponic cultures have allowed the production of quality forage under controlled conditions. The same amount of feed is produced year round using a fraction of the water and land required by traditional forage-production systems. Table 1 shows the nutrient composition of the commercial hydroponic wheat culture Hydrogreen compared with alfalfa hay and wheat straw. Important nutritional aspects of this hydroponic culture are moderate crude protein (CP), low fiber (NDF and ADF), high sugar and starch concentrations, and low potassium.

Compared to Hydrogreen at similar protein concentrations, alfalfa has almost three times more acid detergent fiber (ADF), two times more neutral detergent fiber (NDF), five times more potassium, 4.8 times less sugar and 14.5 times less starch. The presence of more sugars and starch promotes rumen microbial growth, increasing metabolizable protein and enhancing rumen fermentation. Using high-quality forages such as alfalfa during this period is not recommended since it can contain roughly 2%-3% potassium and can increase the overall concentration of this mineral in the diet. It has been reported that reducing the potassium concentration to 1.1% of the diet prevents clinical hypocalcemia. An alternative to reduce dietary calcium and potassium and supply enough effective fiber is to include wheat hay or straw in the diet. Wheat hay, however, does not supply enough nutrients to the microbial population, such as soluble protein, sugars and starch. It also has almost three to four times more potassium than Hydrogreen and 62% less energy. The question is, how might these differences affect dairy cow performance in a commercial farm setting? 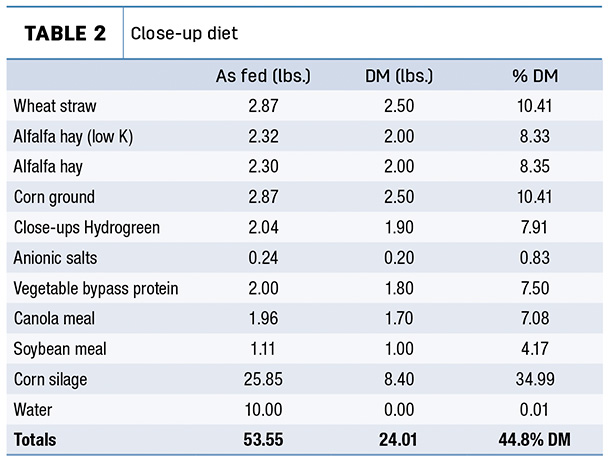 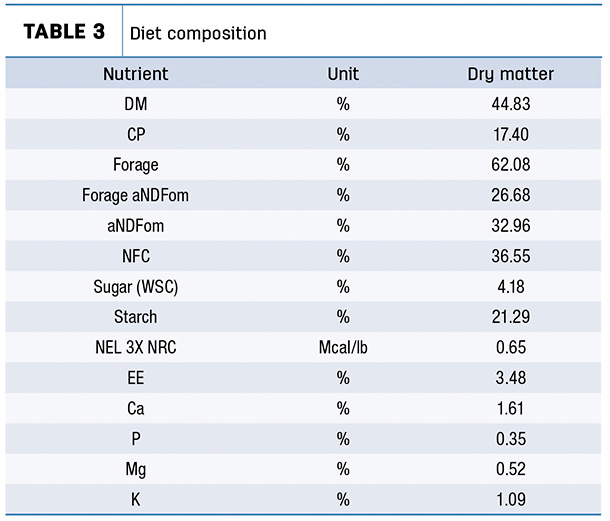 Milk weights were consistently higher during the first three months of lactation for cows fed hydroponic wheat both during the close-up period and milking (Figure 1). Taking into consideration that each pound of increased peak milk results in approximately 200 more pounds overall in the lactation, the increased income was estimated at $126 per cow at current milk prices. This increase was of almost 5% across all lactation groups (adjusted for seasonality). 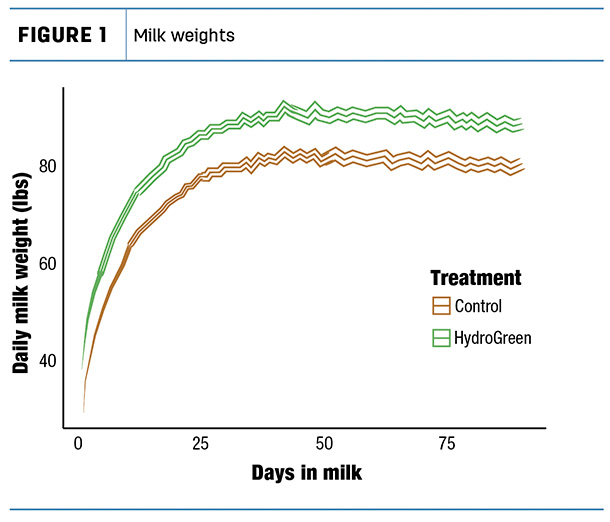 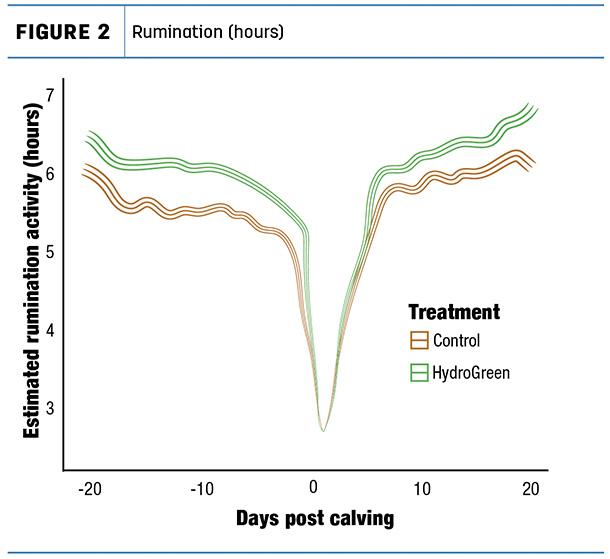 In summary, this on-farm demonstration showed that hydroponic wheat positively affected rumination both during the close-up period and early lactation. This is important since reduced rumination resulting from lower intakes or sorting can predispose cows to metabolic disorders. There was also a positive effect on milk production during the first three months of the lactation.