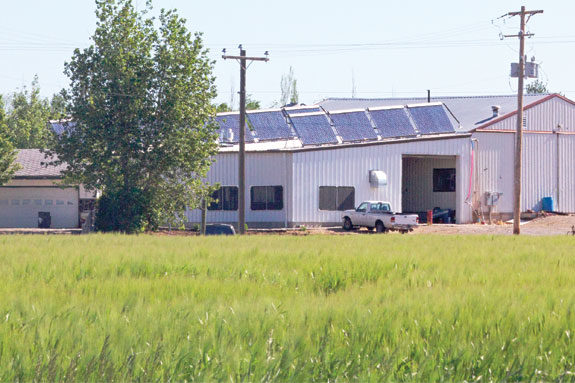 Ballard Family Dairy and Cheese was named the winner for Outstanding Achievement in Energy Efficiency by the Innovation Center for U.S. Dairy earlier this year.

Steve and Stacie Ballard started the dairy in 1995, with the cheese facility being built in 2003.

About one-third of their milk goes into making cheese.

Steve Ballard has always been proactive in his approach to managing the dairy’s expenditures. 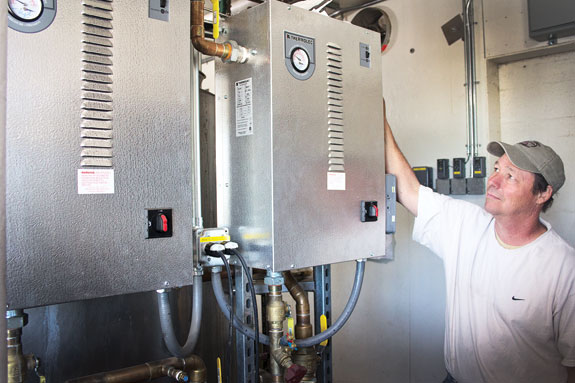 He teamed up with Idaho Power as well as a few engineering firms to look for ways to save money.

Ballard set a goal of reducing the dairy’s overhead by 10 percent. He also wanted to put an end to using expensive propane.

The Ballards met their goals and, according to the Innovation Center for U.S. Dairy, the dairy reduced the dairy’s carbon footprint by 121,500 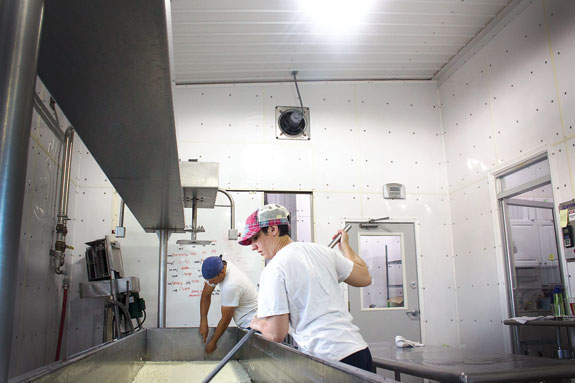 pounds per year and decreased its water footprint by 365,000 gallons annually.

PHOTOS
PHOTO ONE: Ballard Family Dairy and Cheese’s solar thermal heating system is the most visible portion of their energy-saving project.

PHOTO FOUR: Travis and Jessica Ballard work beneath the new LED lighting. The lights are controlled by motion sensors. Photos by Fredric Ridenour.