Dave Natzke
With the 2018 Farm Bill and midterm elections in play, dairy organizations spent about $7.4 million on lobbying efforts in 2018 and another $3.5 million in political contributions in the 2017-18 election cycle, according to latest estimates from the Center for Responsive Politics.
Dave Natzke

Highest dairy lobbying totals are generally tied to years in which a federal farm bill is up for debate. Lobbying attributed to dairy organizations peaked at $8.35 million in 2013, the year prior to the 2014 Farm Bill.

Land O’Lakes topped the dairy lobby list, although the cooperative covers a wide range of agricultural and food industries. Among dairy groups, other leading spenders were the International Dairy Foods Association, Dairy Farmers of America and the National Milk Producers Federation (Table 1). 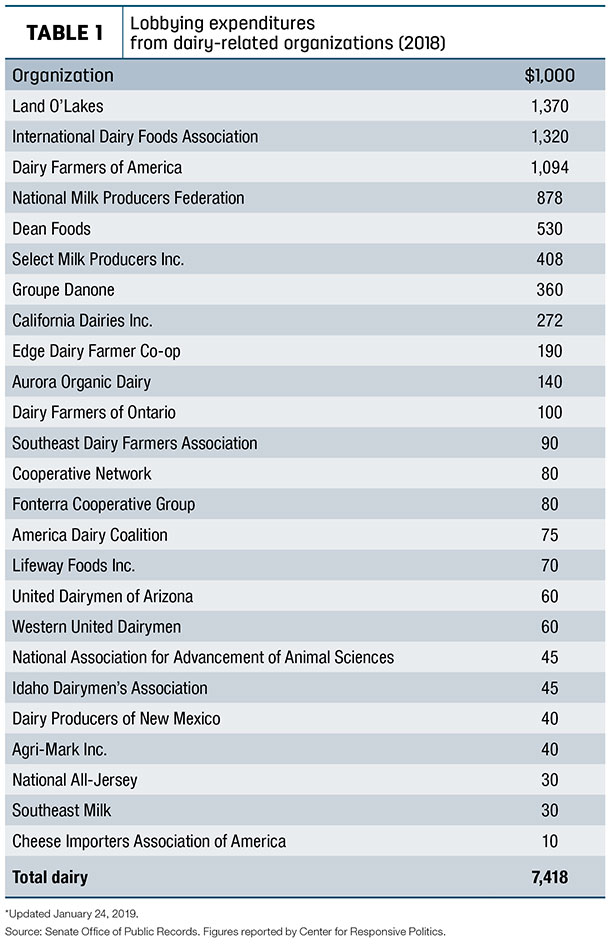 Total dairy industry contributions to national political parties and candidates were estimated at about $3.52 million, down from the $4.06 million spent during the 2015-16 election cycle, which included a presidential election. Dairy ranked 78th among major industries in terms of total political contributions in the 2017-18 cycle. 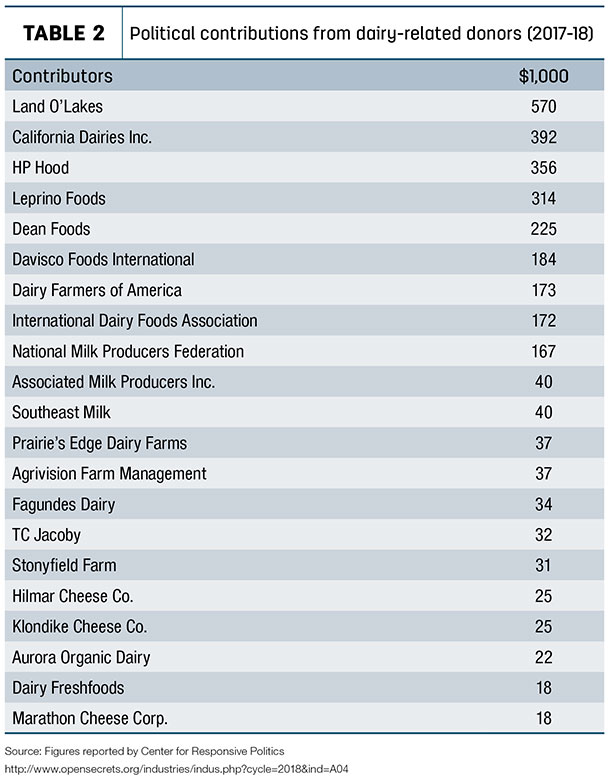 All donations took place during the 2017-18 election cycle and were released by the Federal Election Commission on Feb. 1, 2019.

The contribution estimates are based on contributions from donors (individuals as well as corporations and unions that give directly from their treasuries) to outside groups and from political action committees (PACs) and individuals giving more than $200 to candidates and party committees. In many cases, the organizations themselves did not donate; rather the money came from the organization’s PAC, its individual members or employees or owners and those individuals’ immediate families. Organization totals include subsidiaries and affiliates.

Taking a deeper dive into the political contributions, about $2.7 million of the $3.52 million total in 2017-18 was contributed to members of Congress. Of that, incumbents received $2.3 million.

The 2018 election was the most expensive midterm ever by a large margin, with total spending surpassing $5.7 billion.