Beef production relatively unchanged for 2019 and 2020

On Oct. 7 at the Oklahoma City National Stockyards, sales of feeder steers weighing 750 to 800 pounds were reported at $147.26 per hundredweight (cwt), more than $6 above prices reported the week before the fire at Tyson’s beef plant in Holcomb, Kansas, in August. Further, prices have recovered more than $12 from the recent low of $134.80 per cwt the week of Sept. 9. 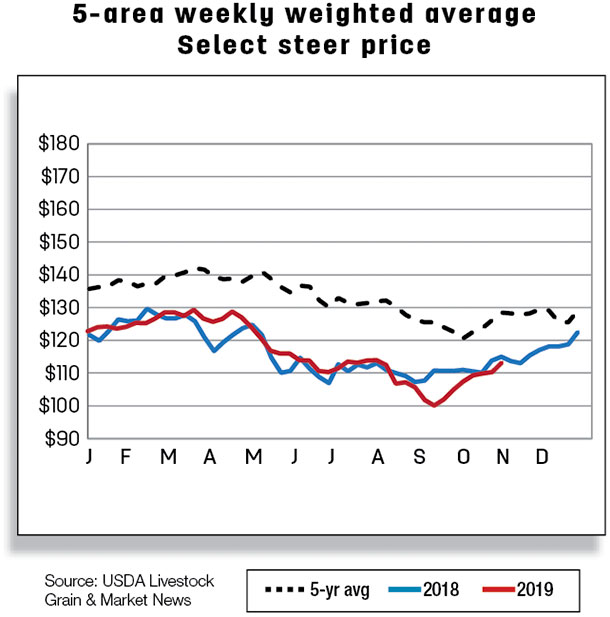 The National Agricultural Statistics Service Cattle on Feed report for September 2019 estimated there were about 9% fewer cattle placed in feedlots with 1,000-head-or-greater capacity and almost 2% fewer cattle marketed in the month of August. This led to a drop in the number of cattle on feed on Sept. 1 of more than 1% compared to a year ago. 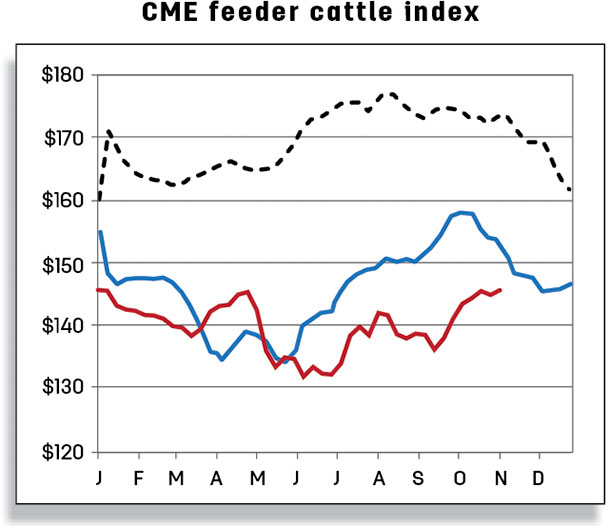 Warmer-than-expected weather patterns and improved supplies of forage may have extended cattle grazing periods, slowing the pace of placements in third-quarter 2019. However, some of these feeder cattle will likely need to be moved off grass and into the feedlots in fourth-quarter 2019, keeping feeder prices under pressure in the fourth quarter. Based on recent price data, the fourth-quarter 2019 feeder steer price was raised by $4 to $137 per cwt. The 2020 annual price forecast for feeder steers was unchanged at $141 per cwt.

The market price for fed steers has turned upward after the low of $100.07 per cwt reached the week ending Sept. 15. Since then, the price for fed steers in the 5-area marketing region has increased more than 7% to $107.34 per cwt in the week ending Oct. 4. However, it remains almost 6% below levels prior to the Aug. 9 fire at Tyson’s beef plant. In perspective, the five-year average decline between the first week of August and the first week of October is almost 8%. 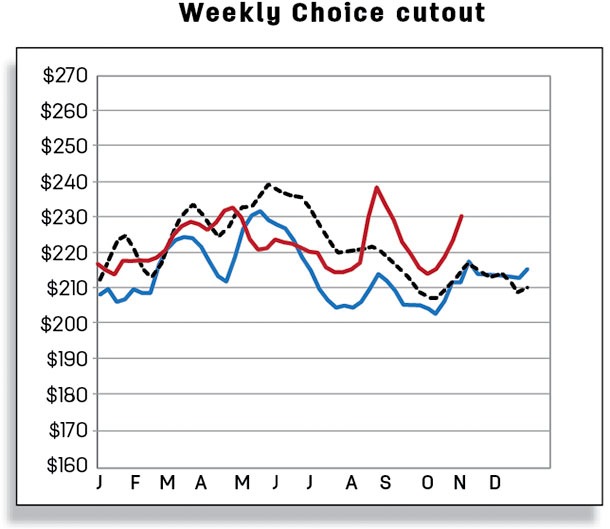 Total exports in 2020 are forecast up 6% to a record 3.3 billion pounds, accounting for 12% of U.S. production. The U.S. is poised to expand market share in top markets such as Japan, South Korea and Taiwan as key competitor Australia struggles to maintain its market shares, given its reduced exportable supplies and its dominance in filling China demand.