Behind every “for sale” sign, there is a story. A story of a worn-out couple who just couldn’t make ends meet; a mourning family, with jobs of their own, who had to sell what was left of their dad’s dream; or the family who, try as they might, couldn’t seem to get along.

Although the odds aren’t good when it comes to family businesses, there are a few operations that have “stood the test of time” and thrived. One such example is SJB Farms of Tangent, Oregon.

Not only have the owners, Stan and Lori Boshart, and three of their five children – Shelly, Camille and Amos, who are currently active on the farm – had to learn to effectively communicate with one another but also with their 50 employees and customers of various ethnicities.

After moving to Oregon in 1950 from the family’s corn, milo and livestock farm in Nebraska, Merrill Boshart (Stan’s father) started working for a local farmer in the Tangent area and, in the 1970s, he started farming for himself with his three sons.

Realizing the farm wouldn’t be able to sustain three sons and their families, Stan and his brother Gene started Boshart Trucking in 1983 while continuing to work on the farm. It was between 1983 and 2005 when SJB Farms really morphed into much of the business it is today – a global enterprise. 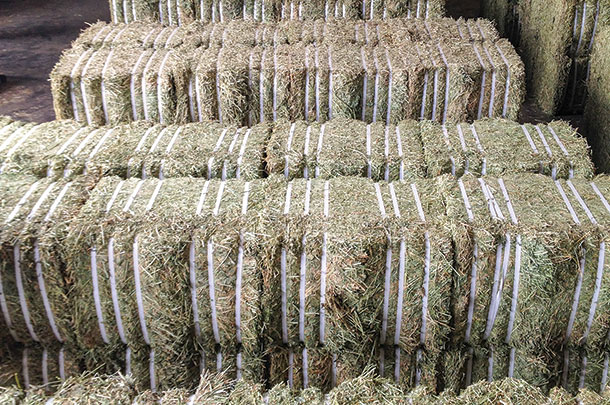 Today, they own and farm close to 1,000 acres, and bale about 23,000 acres of grass straw contracted directly from the farmer. During the summer and the remainder of the year, their trucks send the straw to their pressing facility, PressCo, where it is compressed into finished products – according to customer needs with many different bale sizes and package offerings. The product is then handed off to Bossco Trading, where the straw is sold and shipped to customers in Japan and Korea.

Between running SJB Farms, Boshart Trucking Inc., PressCo and Bossco Trading, the Bosharts have a lot on their plate. But according to Shelly Boshart Davis, one of Stan and Lori’s active children who runs much of the international sales and marketing, learning to communicate effectively is what they owe the success of their business to – and it hasn’t been easy.

“We’ve really had to learn to adjust our roles based on our communication style,” Shelly says when asked how they manage it all. “There was a time that we thought my dad and I would co-manage our summer harvest crew, and that was not a good idea. To think we could do it together, side-by-side, and just manage all of it – there were a few terrible harvests, to say the least.”

Shelly explains that both she and her father have dominant personalities, so for them to co-manage a specific task together was a constant battle, and they both knew something had to give.

“That was probably eight years ago,” Shelly says. “And as we progressed from harvest to harvest, we decided that he would handle one side of it and I would handle the other part.

He managed more of the trucks, and I managed more of the balers – and we worked together, almost as managers of different departments, and looked at it that way instead of trying to co-manage. Learning from that and being able to separate duties was a big deal in order for us to get along and be successful every harvest.”

Shelly recalls that the big “aha” moment for her was when she was taking a family business course as a senior in college. Hearing about other farm families, and what can break up those families, really resonated with her. That’s when she decided to take a good long look at how she communicated with those around her, especially her father. 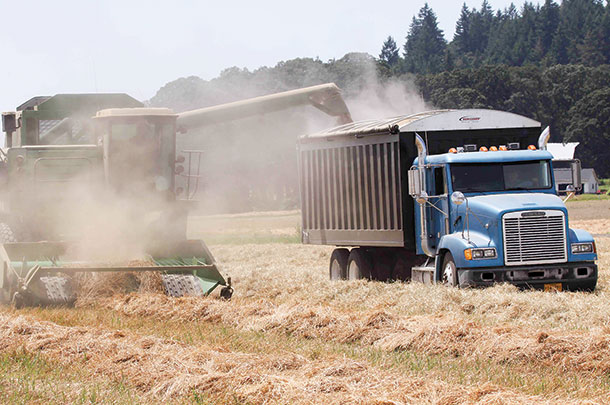 Using the DISC Profile, a personal assessment tool, Shelly was able to find out her communication style as well as the positives and negatives associated with it. She explains that this assessment tool is something they have tried to use and incorporate in their business, and it has really helped them re-evaluate how they communicate with each other, their employees and their customers.

“I wasn’t very smart about it,” Shelly says, referring to her communication with her father. “I can name at least three or four slammed doors, with my dad either stomping out or me stomping out, but that hasn’t happened in the last five or six years. I just think continual evaluation and trying to learn to communicate with one another – starting with yourself – and really working to make that a priority makes all the difference.”

On another note, Shelly explains that one of the hardest parts about her job is learning to work with different cultures. But what has really helped her is realizing that there are cultural differences and looking at the positives that come with those. She says it took a while for her to realize, and a lot of outside learning, but she found that the Japanese culture is very relationship-based – essentially changing the way she does business with them. Instead of the “let’s make a decision and move on” type of approach she was comfortable with, she found that dinners, long conversations and an occasional golf game is more effective.

“Communicating that way isn’t comfortable for me,” Shelly admits. “But again, it’s that self-awareness of who you are and where you need to dig a little deeper to become better at a particular job.”

Growing with the business

In that 20-year time period (1983 to 2005) where the business grew and changed the most, there was a lot of self-realization that took place. For Stan, his turning point was when he went from being the boss to being the boss with a general manager.

When that change took place within the business, Stan soon learned that what he was saying wasn’t always what the crew was hearing. Of that experience, he says, “It’s not how or what I say, but it’s how or what they heard that would happen, and it takes somebody to hear instructions and see the follow-through to see how well that communication was made.”

Looking back to when he was a kid, Stan says he didn’t know how the plan started or exactly how it finished, which isn’t the case today. He explains that everyone involved – and even his children who aren’t involved – is aware of what’s happening with the business. The Bosharts use meetings, planning sessions, casual conversations and group texts and emails to make sure everyone is kept in the loop.

Although the Bosharts will be the first to admit they aren’t perfect in the communication category, they have realized its importance and work hard to improve. In the words of Stan, “The first thing that I had to do, and I would recommend to other people, is to get over myself.” It will save your family and your business.

PHOTO 4: One of the employees stacking bales of grass straw in the field.

PHOTO 5: The entire Boshart family in one of their fields. Photos provided by Shelly Boshart Davis.