Leading the Way: Four dairy exhibitors rocking their junior days all the way to the end

Katie Coyne
From the early 4-H years all the way to graduating from a junior breed association, the dozen years or so that span a junior member’s career are sprinkled with opportunities to learn, compete and succeed. However, some youth get discouraged along the way, or settle for less than what they have the true ability to achieve.
Katie Coyne

However, the four youth highlighted below are real-life examples of what happens when a junior member makes the mindful decision to learn, grow and put themselves out there to compete against others as well as themselves. These are their stories.

Going out on a high note 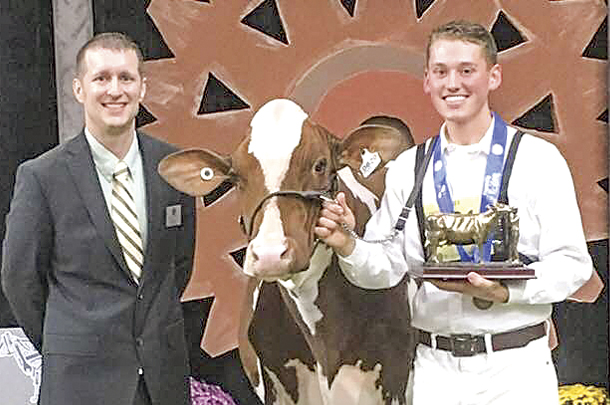 Joey Opsal, winner of the prestigious World Dairy Expo Senior Showmanship contest this past October, hadn’t participated in showmanship there for the past three years. He felt he had probably done as well as he was going to after placing second in the Intermediate Division in 2015. He hadn’t even placed in the top five at the Wisconsin State Fair’s highly competitive showmanship contest, so he thought that second place finish would be a good way to remember his showmanship career.

So what was it that made Opsal return to the triple ring of the colored shavings? He started showing Brown Swiss and competing with a different group of exhibitors that were keen on showmanship and pushed him to be better. It felt different than the close-knit group he had grown up showing Holsteins with, and he enjoyed the challenge of this new experience.

Earlier this spring, Opsal recognized his junior showing career, marked with numerous accolades, was coming to an end. He decided to invest time in his showmanship effort and made winning at the World Dairy Expo one of his goals. Joey attended numerous show camps and watched showmanship contests around the state to critique and absorb all he could. He scoured the barns of the World Dairy Expo to find just the right heifer after his showmanship animal calved early and was unable to come to the show. After doing well in his heat, he came back to the finals and worked his way into the first place slot. 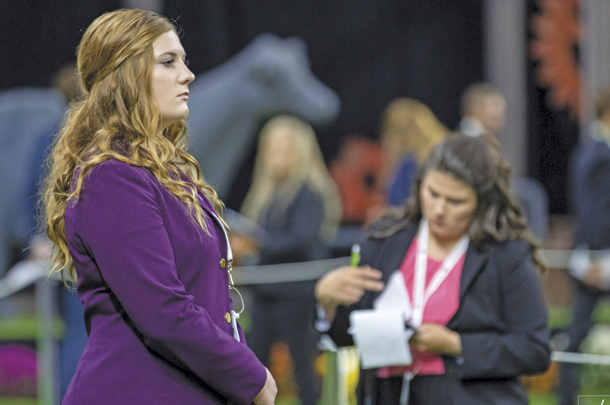 Rachel Coyne grew up in a dairy judging family. Her father Peter has coached numerous state qualifying teams, while her brother Brian had won high individual while on the University of Wisconsin – Madison’s national championship team when Rachel was 12. Rachel’s brother William attended the University of Minnesota, and she set her sights on graduating from there too and being on Les Hansen’s dairy judging team.

These teams had won numerous national championships, and many of Rachel’s Wisconsin friends had experienced those winning ways as members of those teams.

Being on a judging team for 12 years, from a 4-H career through a senior in college, is a huge time commitment. It is weekly and then daily practices. It’s a sacrifice and time away from sports, school and friends. However, the rewards of being on a judging team are endless. From learning to think critically, to defending that thinking with reasons, these important life skills are just the surface of what judging teaches.

Youth learn to purposefully make decisions, to present themselves in a professional manner and to speak clearly and concisely. Lifelong friendships and connections to future employment possibilities are key reasons to try out for a judging team. On a practical scale, youth learn the skill of evaluating cattle so they can confidently select the best heifers to show or for herd replacements.

Joey and Rachel are two examples of not giving up. We’ve all known youth who grow up in the business and quit participating in the show ring or judging arena because they don’t do well. Instead of participating to win a blue ribbon, participate to learn how to improve, participate to meet someone new or to get to know a different technique you can take back to your organization. Showing and judging cattle on a state and national level is a privilege. Don’t waste those years of junior eligibility because it’s easier to give up. There are many youth out there who would give anything to have the opportunity to do what you do!

Paving their own path 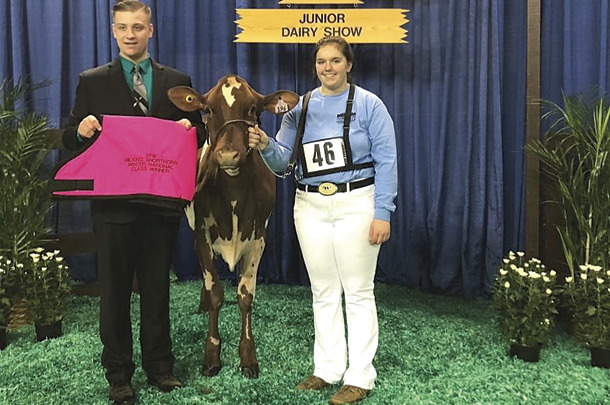 Rachel Rouland of Clifton Springs, New York, and Sydney Kauffman of Stratford, Wisconsin, are first-generation national show exhibitors. Neither Rachel nor Sydney’s parents are traditional farm families, so how did these two up-and-coming young ladies get to the biggest stages in the world of showing cattle? In Rachel’s case, she was fortunate to have numerous mentors and coaches who took her under their wings and encouraged her to dairy judge, participate in Dairy Challenge and to invest in some top herd builders. There has been no stopping Rachel. She was the first winner of the prestigious Robert Heilman Award at the Premier National Junior Show in 2017.

She has won champion overall showperson at the International Junior Show in New York, and was on the first-place team at the National Junior Dairy Management contest at the Pennsylvania All-American. She has shown her animals to top 10 finishes at state and national shows and has helped top show herds gain success on the national stage.

Sydney set her sights on attending the World Dairy Expo as an exhibitor in 2019. While it may seem easy for a young person in Wisconsin to exhibit on the colored shavings due to their close proximity to the show, many boxes need to be checked before it actually happens.

In Sydney’s case, she invested in a heifer, bred her, calved her in, and developed her to an animal that would place well in the junior show on the colored shavings. Sydney also wanted to do well in showmanship and took the steps to achieve that goal as well. When she placed first in her heat and was invited back to the showmanship finals in a group of over 130 exhibitors, she knew the dedication to her goal had paid off.

What is so special about Rachel and Sydney’s stories? They took opportunities that weren’t given to them. They stepped out of their comfort zones and found people and mentors to support them and guide them to succeed.

As you plan your dairy year for 2020, don’t sit in the barn playing cards during showmanship. Don’t give up on dairy judging because you have to speak in front of people – seize the opportunities that await you in the dairy industry; you never know where you may end up.

PHOTO 1: Joey Opsal seized the opportunity to succeed on his last trip around the showmanship ring as a junior exhibitor at World Dairy Expo. His efforts were rewarded with a first-place finish in the highly competitive contest.

PHOTO 2: Rachel Coyne followed her dreams of judging on the colored shavings at World Dairy Expo.

PHOTO 3: Not growing up on a traditional dairy farm doesn’t hold back Rachel Rouland. From dairy judging to the Dairy Challenge, to breeding and exhibiting her own show-topping cattle, this self-starter has hit her stride in the dairy industry. Courtesy photos.