Peggy Coffeen
Two farm kids are making a name for themselves in Nashville as a duo who pays homage to their dairy farming roots. Since teaming up just a couple of years ago, the Dairy Daughters have opened for big names like Diamond Rio, Love and Theft, and the Bellamy Brothers, bringing to the stage a raw authenticity combined with incredible singing, song-writing and instrumental talent.
Peggy Coffeen
Coffeen is a former editor and podcast host with Progressive Dairy.
Email Peggy Coffeen

The youngest of six kids, Megan Gertken spent her youth immersed in both farm life and music. At that time, her family milked 60 cows near Albany, Minnesota. With a pitchfork in one hand and a fiddle in the other, Gertken was no stranger to a hard day’s work, which she did to the tunes of country and bluegrass music. “There was always music everywhere, in the house, in the barn – every shed you walked into had music,” she says. 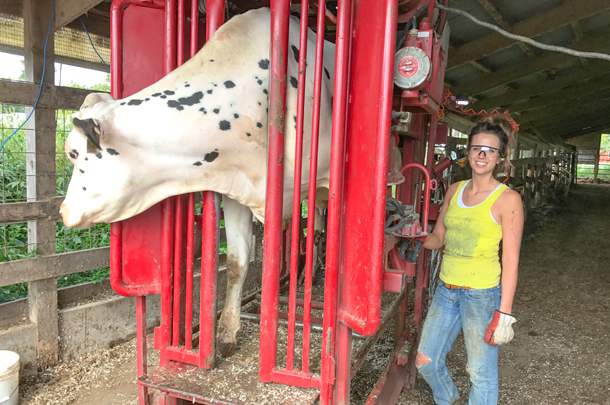 Meanwhile, more than a thousand miles away, Shelby Dressel was humming to her own tune on the 1,000-cow dairy her family then owned in Avon Park, Florida. Her youth was filled with 4-H projects and showing livestock, and she credits FFA with helping her to find her voice. As an eighth grader, she won the Florida State FFA Convention’s talent show, and following high school graduation, she auditioned for American Idol. After earning a trip to Hollywood, she knew music was the path she wanted to follow.

Both women moved to Nashville at age 19, finding their way to the stage at the famous Tootsie’s Orchid Lounge. This venue for emerging country music artists, which is just across a narrow alley from the Ryman Auditorium, became the home away from home for the two of them. 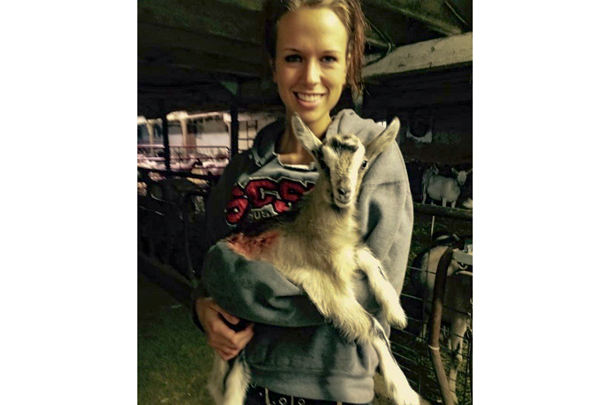 However, their shared farm upbringing wasn’t the only thing they had in common. Dressel and Gertken bonded over the beats that marked their youth, including Patty Loveless, George Strait, Leann Womack and the “boy bands” like Little Texas, Diamond Rio and Shenandoah. The music they write and perform has a similar feel, with songs called “Farmer’s Day Off” and “Tomboy.” They describe it as “broken-down acoustic, feel-good, front-porch music.” Dressel adds, “We’re trying to bring ’90s country back.”

In a city where it may be easy to be blinded by neon lights, the Dairy Daughters find their strong family relationships and values are what keep them grounded. They make it a high priority to do shows at their old stomping grounds, traveling back to Minnesota and Florida a few times a year. “We like to stay close to our people,” Gertken says.

Whether traveling halfway across the country or performing at Tootsie’s in Nashville, live performances may last for up to four hours, sometimes without breaks. When not on the stage, the women are focused on writing. Though the schedule can be exhausting, both Gertken and Dressel still have the stamina and work ethic of any good farm kid. They acknowledge it’s a different kind of work than the manual labor both know from their younger days, but they find it deeply rewarding. 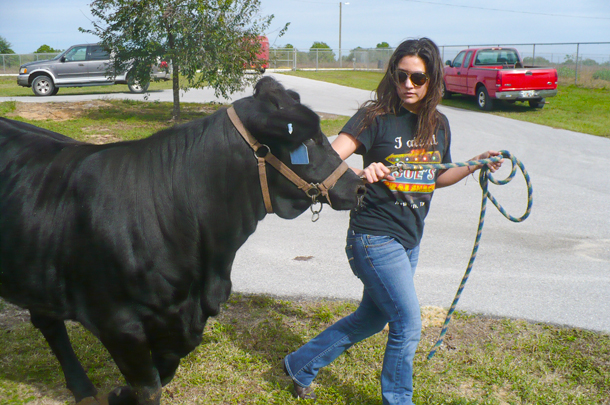 “We’ve been putting a lot of time and energy into writing songs,” Dressel says. “We’ve never put a lot of pressure on being famous. We’re really doing music because we love what we do, care about the sound and care about writing.”

Gertken agrees, adding the greatest satisfaction is often found in the reaction of the listener. “We want to make you ‘feel’ something,” she says. “If you feel something, then we did something right.”

For the Dairy Daughters, one of their most memorable shows was a recent performance at the Dairy Girl Network’s national conference held in Pennsylvania last November.

“It was a cool thing, being close to all those women who grew up the same way,” Dressel says. “It felt different than other shows. It was emotional, knowing everyone there relates to our music.”

Gertken adds, “I hope they can feel inspired by it.” 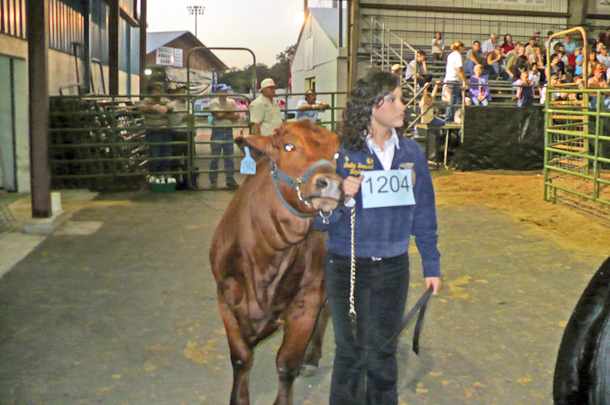 Looking toward the future, the duo plans to continue getting out to share their talents, on the road and in the studio. They are currently working on a five-song album, and some of their originals are available on Spotify and iTunes.

“With our music, we hope whatever we are putting out can make others feel inspired, uplifted and positive about what they are doing,” Dressel concludes.

PHOTO 1: Megan Gertken (left) and Shelby Dressel (right) share a common bond of growing up on dairy farms and being involved in agriculture. The women met in Nashville and formed the Dairy Daughters duo.

PHOTO 2: Not a stranger to hard work, Gertken lends a hand to help out her brother, a hoof trimmer in Minnesota.

PHOTO 4: Dressel spent her younger days growing up on a Florida dairy farm and showing livestock.

PHOTO 5: Dressel reflects on her youth involvement in agriculture as rewarding and holds those memories close as she writes and sings about rural life. Photos provided by Dairy Daughters.